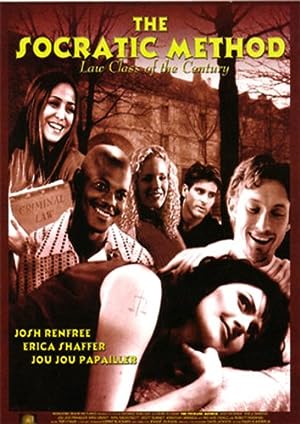 How to Watch The Socratic Method 2001 Online in The UK

The cast of The Socratic Method

What is The Socratic Method about?

Set in a fictional law school and written by a California attorney, the independent comedy feature The Socratic Method follows the exploits of three first-year law students as they stagger their way through the pressure cooker that is legal education in America. Terry King is a laid-back college graduate who applied for law school because he wanted to prolong the academic experience, never expecting that he would actually have to do work. Financial circumstances force him to become odd-couple roommates with Susan Walsh. Driven, organized, and efficient, Susan has planned on being a lawyer ever since she was eight years old. Rounding out the trio is Charles Johnson, a handsome, fast-talking hustler who is more concerned about learning the things that aren't taught in school. Charles gets more of an education than he bargained for when he agrees to work for a shady plaintiff attorney. Spanning the entire first semester of law school, from orientation through exam, The Socratic Method follows these three friends, both in and out of the classroom, as they seek, love, learning, and passing grades. Along the way, they must deal with cutthroat classmates, crumbling long-distance relationships, and overbearing professors.

Where to watch The Socratic Method