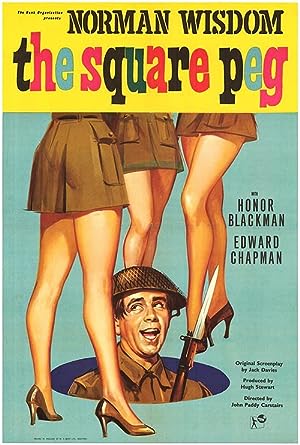 How to Watch The Square Peg 1958 Online in The UK

The cast of The Square Peg

What is The Square Peg about?

Norman and Mr Grimsdale are council workmen mending the road outside an Army base when they come into conflict with the military. Shortly afterwards, they get drafted and fall into the clutches of the Sergeant they have just bested. They are sent to France to repair roads in front of the Allied advance but get captured. Norman takes advantage of a useful similarity to impersonate General Schreiber and manages to return a hero.

Where to watch The Square Peg