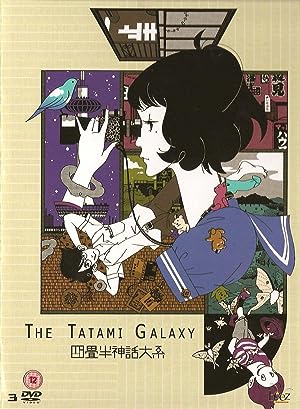 How to Watch The Tatami Galaxy Online in The UK

The cast of The Tatami Galaxy

What is The Tatami Galaxy about?

A third year university student in Kyoto, Japan feels like he's wasted his first two years of University on his current student club, having not yet found a girlfriend and having made only two friends: Ozu, who he deems to not have a single redeeming quality as a human being and Ms. Akashi, a stoic first-year engineering student. One night, the protagonist encounters a deity of matrimony during dinner. He tells him that Ms. Akashi will end up paired with either him or Ozu and it's up to him to take the opportunity that is dangling in front of him or not.

Where to watch The Tatami Galaxy