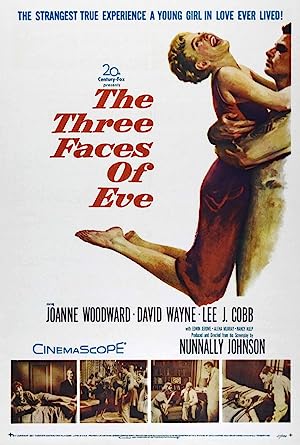 The cast of The Three Faces of Eve

What is The Three Faces of Eve about?

Eve White is a quiet, mousy, unassuming wife and mother who keeps suffering from headaches and occasional black outs. Eventually she is sent to see psychiatrist Dr. Luther, and, while under hypnosis, a whole new personality emerges: the racy, wild, fun-loving Eve Black. Under continued therapy, yet a third personality appears, the relatively stable Jane. This film, based on the true-life case of a multiple personality, chronicles Dr. Luther's attempts to reconcile the three faces of Eve. multiple personalities.

Where to watch The Three Faces of Eve

More Drama movies like The Three Faces of Eve

More Drama tv shows like The Three Faces of Eve