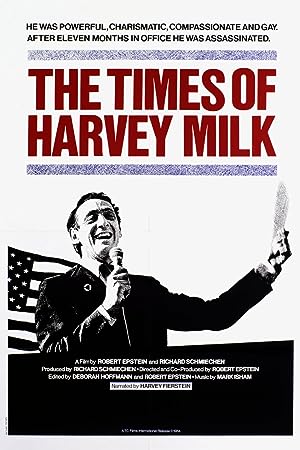 The cast of The Times of Harvey Milk

What is The Times of Harvey Milk about?

2 Members of the San Francisco Board of Supervisors Harvey Milk & San Francisco Mayor, 'George Moscone (I)' were assassinated by recently resigned Supervisor Dan White on Monday, November 27th, 1978, approximately 8:45 AM to 9:15 AM. Milk's life leading up to his election, his successful efforts to politically represent San Francisco's gay community, and the city's reaction to the assassinations are documented with extensive news film and personal recollections.

Where to watch The Times of Harvey Milk

More Biography movies like The Times of Harvey Milk

More Biography tv shows like The Times of Harvey Milk