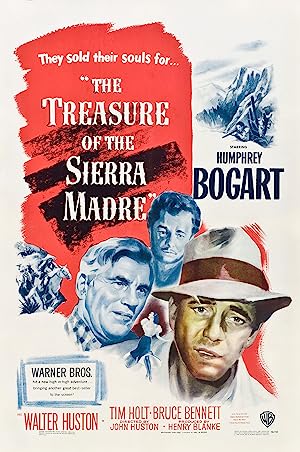 The cast of The Treasure of the Sierra Madre

What is The Treasure of the Sierra Madre about?

Fred C. Dobbs and Bob Curtin, both down on their luck in Tampico, Mexico in 1925, meet up with a grizzled prospector named Howard and decide to join with him in search of gold in the wilds of central Mexico. Through enormous difficulties, they eventually succeed in finding gold, but bandits, the elements, and most especially greed threaten to turn their success into disaster.

Where to watch The Treasure of the Sierra Madre

More Adventure movies like The Treasure of the Sierra Madre

More Adventure tv shows like The Treasure of the Sierra Madre