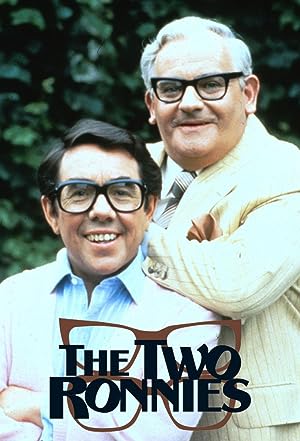 How to Watch The Two Ronnies Online in The UK

The cast of The Two Ronnies

What is The Two Ronnies about?

Long running BBC comedy show consisting of sketches and humourous musical routines involving the large Ronnie Barker and the small Ronnie Corbett. Most sketches involved both men, but occasionally only the one. Barker was excellent at fast talking and complicated dialog. Each week Corbett would tell a short joke and in doing so he'd digress and tell a dozen or more unrelated jokes on his way to the main punch line. Each series contained a mini comedy series as well as characters that'd return weekly. Also on the bill would be a musical piece from a well known singer/group.

Where to watch The Two Ronnies