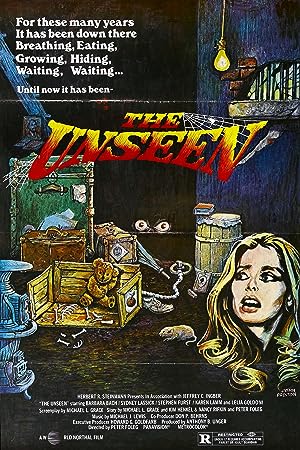 How to Watch The Unseen 1980 Online in The UK

The cast of The Unseen

What is The Unseen about?

Freelance reporter Jennifer and her two friends, Karen and Vicki, accept an invitation for cheap room and board in a large farmhouse offered by a friendly, but shady, museum owner named Ernest Keller since all the motels in and around town are booked for a holiday parade fair Jennifer is covering. But unknown to the women, some unseen "thing" has been living in the basement of the house for over 20 years and is looked after by Keller and his shy sister Virginia, in which the "thing" soon gets out and begins harassing and killing the women one by one in various violent, but seemingly accidental, means.

Where to watch The Unseen