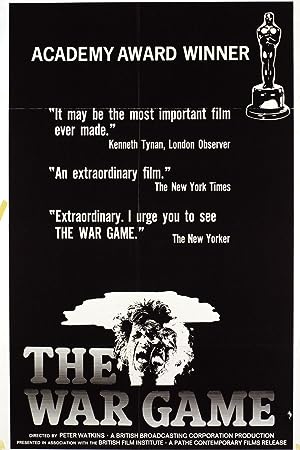 How to Watch The War Game 1966 Online in The UK

The cast of The War Game

What is The War Game about?

The War Game is a fictional, worst-case-scenario docu-drama about nuclear war and its aftermath in and around a typical English city. Although it won an Oscar for Best Documentary, it is fiction. It was intended as an hour-long program to air on BBC 1, but it was deemed too intense and violent to broadcast. It went to theatrical distribution as a feature film instead. Low-budget and shot on location, it strives for and achieves convincing and unflinching realism.

Where to watch The War Game