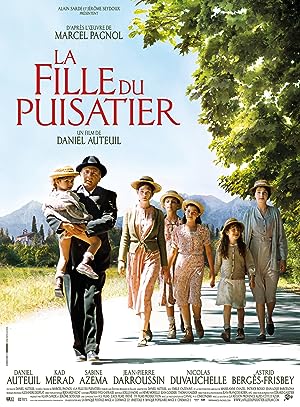 The cast of The Well Digger's Daughter

What is The Well Digger's Daughter about?

Provence, the days before World War II. Rustic well-digger Pascal Amoretti, a widower, encourages fellow laborer Félipe Rambert to date his virgin eldest daughter Patricia, the only of his five who attended a Parish finishing school. Getting drunk, Felipe unwittingly helps her date wealthy general store owner Mazel's handsome, womanizing son, dashing air force pilot Jacques, who gives her a motorbike ride home, make love and get her pregnant. Shortly after, both men are called for military service. On leave, Felipe finds out the truth and still proposes. Jacques is reported missing in action, his family refuses to recognize the baby, so Pascal sends Patricia with it to his outcast sister.

Where to watch The Well Digger's Daughter