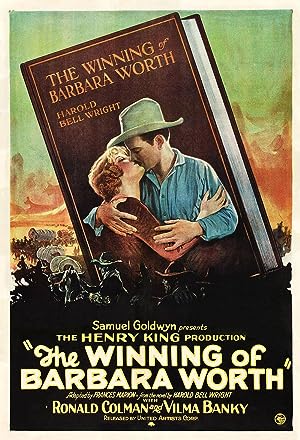 The cast of The Winning of Barbara Worth

What is The Winning of Barbara Worth about?

Jefferson Worth finds an orphaned child in the desert and raises her as his daughter, Barbara. When grown, Barbara is beloved by Abe Lee, the foreman of her father's ranch and company. When a rich land developer arrives with plans to irrigate the desert, Worth joins forces with him. The developer's foster son, Willard, falls for Barbara and a rivalry develops between him and Abe. The river is dammed, but the developer swindles the ranchers and refuses to reinforce the weakening dam, as he no longer needs it. An angry mob turns on Worth, Willard and Abe come near confrontation over Barbara, and all the time, that dam is getting weaker....

Where to watch The Winning of Barbara Worth

More Drama movies like The Winning of Barbara Worth

More Drama tv shows like The Winning of Barbara Worth