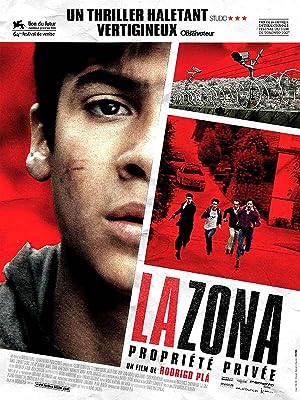 The cast of The Zone

What is The Zone about?

In Mexico City, a wealthy compound is surrounded by walls and surveillance system to protect the locals against the violence of the slums. During a stormy night, a billboard falls over the wall and three smalltime thieves cross the border through the breach to rob. They break into a house and kill an old lady; the residents organize militias to chase the delinquents. Two of them and one security guard are murdered by the vigilantes, but the sixteen year old Miguel hides in the basement of the teenager Alejandro. When Alejandro finds Miguel, he feeds and helps the boy, but it is impossible to escape from the Zone.

Where to watch The Zone