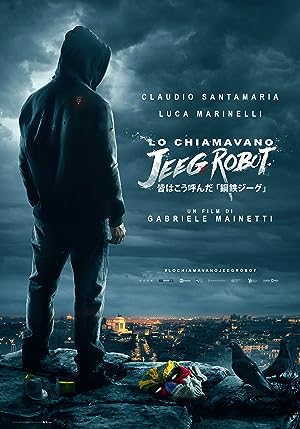 The cast of They Call Me Jeeg

What is They Call Me Jeeg about?

The film is a strange and anti-hero transposition of a very popular animated manga cartoon in the 80's called Steel Jeeg. Here, a young outlaw (Enzo) is somehow affected by radioactive waste in the Tiber waters in Rome. He subsequently finds out he has gained super powers and interprets them as a reward for never having managed to enter the criminal world that counts. The inside joke reveals itself when Enzo meets Alessia, who believes the charming hero is the personification of the hero in the cartoon she used to watch.

Where to watch They Call Me Jeeg

More Action tv shows like They Call Me Jeeg