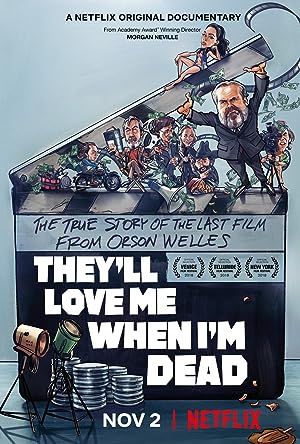 The cast of They'll Love Me When I'm Dead

What is They'll Love Me When I'm Dead about?

In the final fifteen years of the life of legendary director Orson Welles he pins his Hollywood comeback hopes on a film, The Other Side of the Wind, in itself a film about an aging film director trying to finish his last great movie.

Where to watch They'll Love Me When I'm Dead

More Documentary movies like They'll Love Me When I'm Dead