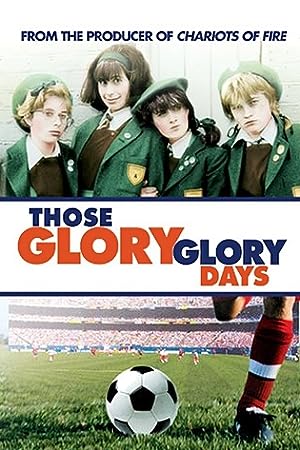 The cast of Those Glory Glory Days

What is Those Glory Glory Days about?

Girls growing up in 1960-61 London develop a passion for the Tottenham Hotspur Football Club, the first British team in the 20th century to win the English league and FA Cup "double". Twenty years later, one of the girls tracks down players of the '60-'61 Spurs for a documentary.

Where to watch Those Glory Glory Days