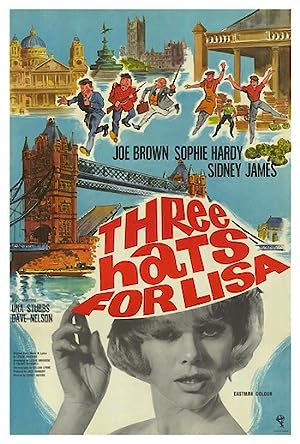 The cast of Three Hats for Lisa

What is Three Hats for Lisa about?

Three young Cockneys take a day off work to meet a foreign movie star at Heathrow airport. She joins them and their taxi driver while she collects some typically British hats. The main rule of the game is to steal a hat from its wearer, so the film is a musical chase around Swinging Sixties London, evading press and police.

Where to watch Three Hats for Lisa