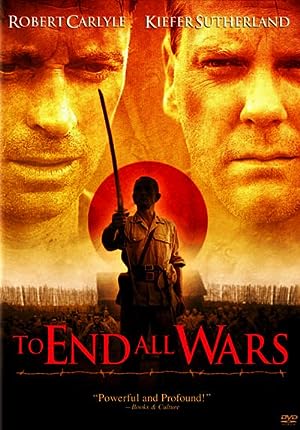 The cast of To End All Wars

What is To End All Wars about?

A true story about four Allied POWs who endure harsh treatment from their Japanese captors during World War II while being forced to build a railroad through the Burmese jungle. Ultimately they find true freedom by forgiving their enemies. Based on the true story of Ernest Gordon.

Where to watch To End All Wars

More Action tv shows like To End All Wars