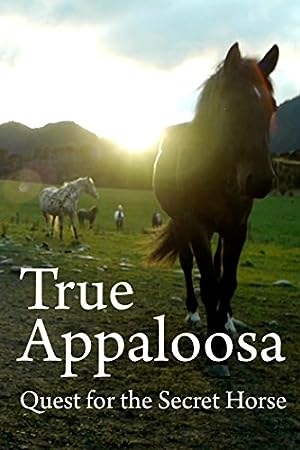 How to Watch True Appaloosa 2015 Online in The UK

The cast of True Appaloosa

What is True Appaloosa about?

Scott Engstrom is a life long dedicated breeder of Appaloosa horses - a hardy North American breed known for its colourful spotted pattern. Scott has long been concerned that crossbreeding has reduced the number of pure Appaloosas left in the world. Then one night when she was watching TV, she saw a horse that she was convinced was an Appaloosa in Kyrgyzstan, Central Asia. She contacted the producer of the TV show, Conor Woodman, and convinced him to return to Kyrgyzstan with her. Her goal - to find and DNA test that horse. If she's right and the DNA matches, she might be able to save the breed and at the same time rewrite the history of the Appaloosa. But doing that would require her to go on the adventure of a lifetime.

Where to watch True Appaloosa