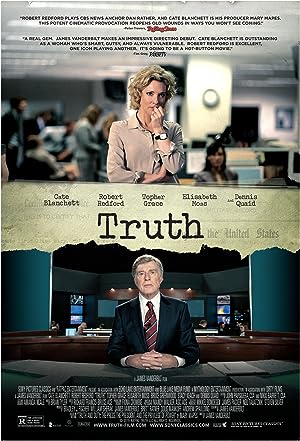 How to Watch Truth 2015 Online in The UK

The cast of Truth

What is Truth about?

The story of The Killian Documents controversy (a.k.a. "Rathergate") in the days leading up to the 2004 presidential election. When veteran newscaster Dan Rather and CBS News head Mary Mapes choose to air a segment on 60 Minutes exposing how President Bush avoided being drafted to Vietnam through his father's political advantages, the resulting fallout ultimately costs them their jobs and reputations.

Where to watch Truth