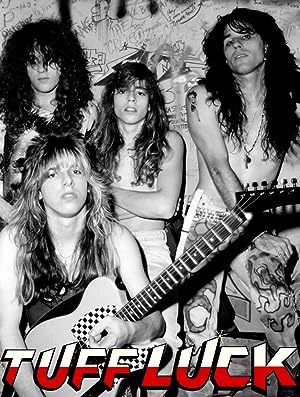 How to Watch Tuff Luck 2015 Online in The UK

The cast of Tuff Luck

What is Tuff Luck about?

For every rock and roll band striving to grab that ever elusive brass ring and 'make it' in the music business, there's a million others, equally as talented, equally as inspired, equally as hard working, that unfortunately never get their shot for a confluence of reasons...timing, fate and just plain dumb luck. Some bands were meant to succeed and others, despite their efforts, are destined to crash and burn, their golden dreams of musical stardom abruptly torpedoed and vanquished. Had the fickle hand of fate anointed them the career break they deserved, their story would have been an altogether different one. Tuff Luck would have been recognized as one of the leaders of the '80s hard rock scene.

Where to watch Tuff Luck