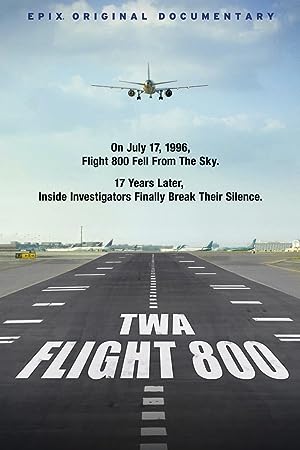 A thought-provoking documentary about the ill-fated Trans World Airline Flight 800 to Paris, France, which exploded on July 17, 1996 just 12 minutes after takeoff from JFK International Airport, killing all 230 people on board. The special features six former members of the official crash investigation breaking their silence to refute the officially proposed cause of the jetliner's demise and reveal how the investigation was systematically undermined.

Where to watch TWA Flight 800