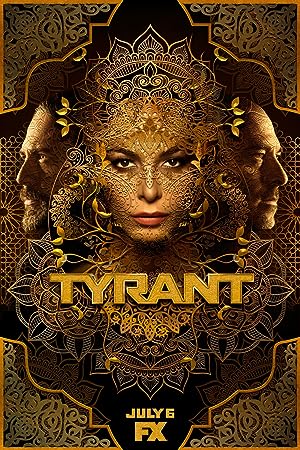 How to Watch Tyrant Online in The UK

The cast of Tyrant

What is Tyrant about?

Barry Al-Fayeed has been living in the United States for twenty years, during which time he got married to Molly Olson, and had two children (Sammy and Emma), with both Molly and he working as physicians, Barry as a pediatrician, in Pasadena. This life belies the fact that at age sixteen, he, under his given name Bassam, escaped his family life in the middle eastern country of Abuddin, where the Al-Fayeeds have been the dictatorial rulers for generations, normally of violent and repressive regimes which he could not morally tolerate. He has not been back to Abuddin since. On the urging of his mother, Barry decides to go back to Abuddin with Molly and family in tow. He may find that leaving Abuddin this second time around is more difficult as he gets ensconced in the troubles the Al-Fayeeds are facing in general in continuing to rule the country as a repressive dictatorship. The longer Barry stays, the more it in turn affects the only life of democratic freedom Molly, Sammy and Emma have known up to this point.

Where to watch Tyrant