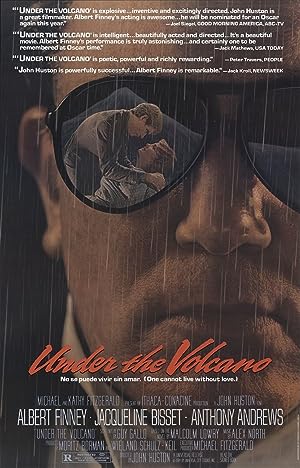 How to Watch Under the Volcano 1984 Online in The UK

The cast of Under the Volcano

What is Under the Volcano about?

Against a background of war breaking out in Europe and the Mexican fiesta Day of Death, we are taken through one day in the life of Geoffrey Firmin, a British consul living in alcoholic disrepair and obscurity in a small southern Mexican town in 1939. The Consul's self-destructive behaviour, perhaps a metaphor for a menaced civilization, is a source of perplexity and sadness to his nomadic, idealistic half-brother, Hugh, and his ex-wife, Yvonne, who has returned with hopes of healing Geoffrey and their broken marriage.

Where to watch Under the Volcano