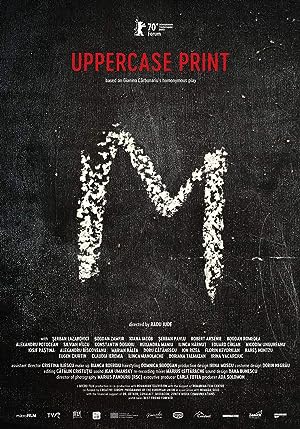 How to Watch Uppercase Print 2020 Online in The UK

The cast of Uppercase Print

What is Uppercase Print about?

It is the story of Mugur Calinescu, a Romanian teenager who wrote graffiti messages of protest against the regime of dictator Nicolae Ceausescu and was subsequently apprehended, interrogated, and ultimately crushed by the secret police.

Where to watch Uppercase Print

Watch on Mubi
No Thanks Allow