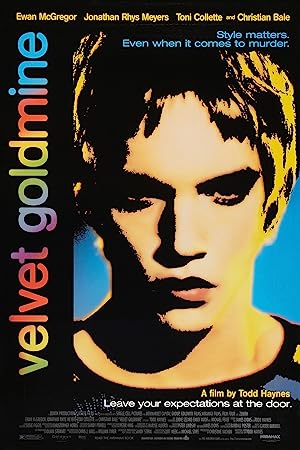 How to Watch Velvet Goldmine 1998 Online in The UK

The cast of Velvet Goldmine

What is Velvet Goldmine about?

1971: Glamrock explodes all over the world and challenges the seriousness within the flower power generation by means of glitter and brutal music. Brian Slade, a young rock star, inspires numerous teenage boys and girls to paint their nails and explore their own sexuality. In the end Slade destroys himself. Unable to escape the character role of "Maxwell Demon" that he created, he plots his own murder. When fans discover the murder is not real, his star falls abruptly and he is quickly forgotten about. 1984: Arthur, a journalist working for a New York newspaper, gets assigned the tenth anniversary story about the fake murder of Brian Slade. When Arthur was young and growing up in Manchester, he was more than a fan of Slade. Reluctantly he accepts the assignment and starts to investigate what happened to his old glamrock hero.

Where to watch Velvet Goldmine