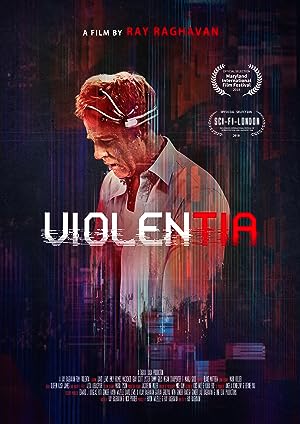 How to Watch Violentia 2018 Online in The UK

Dr. Adam Anderson (David Lewis), pioneer in the field of nanobiotechnology, has ambitions to use his life's work to develop a cure for memory based cognitive disorders. Having invented a revolutionary technology that can pinpoint and recreate specific memories, his research is abruptly cut short as government funds are re-distributed in an effort to combat the severe issue of ultra-violence that plagues society. Approached by Dr. Rachel Porter (Emily Holmes) of the Mansingh Research Centre (MRC), Adam is given the opportunity to breath new life into his research, albeit taking it in a different direction entirely, as part of a government sanctioned project. He is offered the chance to test his technology on a human subject as he has so long craved to do so, recreating the memories of a psychopath in an effort to determine patterns and root causes of violent behaviour, with the ultimate goal of discovering a universally applicable treatment. After wrangling with the ulterior political motives of Senator Edward Frost (Mackenzie Gray), the driving force behind the research at the MRC, Adam makes the decision to separate from the project. Just as he has finally found the time away from work to spend with his loving wife and daughter, the latter is tragically torn from his life in a mass school shooting. Distraught, Adam returns to the MRC with a renewed determination to rid the world of violence, with the hope that no other family should have to experience his sorrow, and in a bid to save his now crumbling marriage. Adam must now delve deeper into his subject's twisted memory, embarking on a journey that explores moral sanction and leading to the discovery that key experiences can be modified.