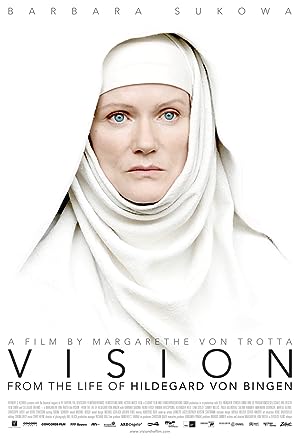 How to Watch Vision 2009 Online in The UK

The cast of Vision

What is Vision about?

The life story of the multi-talented German nun Hildegard von Bingen. The film portrays an original woman - best known as a composer and religious visionary - whose grand claims often run counter to the patriarchal world around her. The monks and nuns at the convent become a kind of family, offering both confidants and enemies. For example Jutta, struggling with her jealousy of Hildegard's success, and the young Richardis who worships Hildegard both as an intellectual role model and a mother figure.

Where to watch Vision