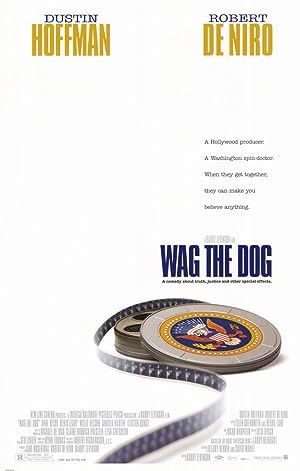 The cast of Wag the Dog

What is Wag the Dog about?

After being caught in a scandalous situation days before the election, the president does not seem to have much of a chance of being re-elected. One of his advisers contacts a top Hollywood producer in order to manufacture a war in Albania that the president can heroically end, all through mass media.

Where to watch Wag the Dog