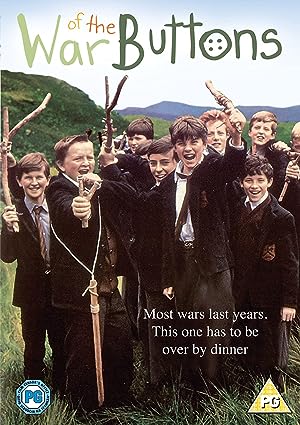 The cast of War of the Buttons

What is War of the Buttons about?

The children of Ballydowse & Carrickdowse engage in battles in which they cut off the buttons, shoe-laces, belts and braces of their captured opponents. This gets their opponents in trouble with parents. They go to battle in mass groups of dozens, wielding sticks & slingshots. It's a battle of strategic skills for the opposing leaders, Including one scene in which the principal gang uses an ancient war trick to overcome their opponents with successful and itchy results.

Where to watch War of the Buttons

More Adventure tv shows like War of the Buttons