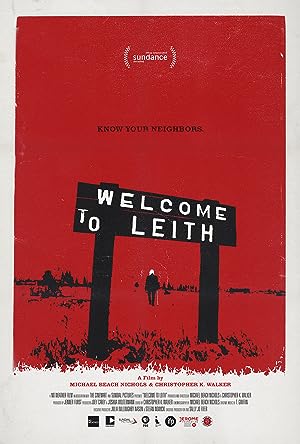 How to Watch Welcome to Leith 2015 Online in The UK

The cast of Welcome to Leith

What is Welcome to Leith about?

'Welcome to Leith' is a feature documentary chronicling the attempted takeover of a small town in North Dakota by notorious white supremacist Craig Cobb. Filmed in the days leading up to Cobb's arrest for terrorizing the townspeople on an armed patrol and his subsequent release from jail six months later, the film is an eerie document of American DIY ideals.

Where to watch Welcome to Leith