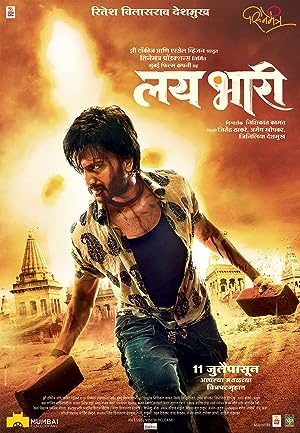 How to Watch Well Done 2014 Online in The UK

The cast of Well Done

What is Well Done about?

Pratapsingh Nimbalkar and his wife Sumitra are a generous couple who have helped lot people in their village Sumitra is being insulted for not bearing a child for years her maid then asks her to accompany to Pandharpur and pray for lord Vithoba, Sumitra soon gets pregnant gives the news to Pratapsingh and tells him that she would devote the child to lord Vithoba in Panadrarpur which does not go well with Pratapsingh and flies to London when their child is born Sumitra gives good news to Pratapsingh and tells him that she as changed her mind of devoting the child to the lord,25 years later their son Prince returns from abroad,Sangram cousin of Prince is a village evil who along with his father crook poor village people this does not go well with Pratapsingh and he warns them both few days later Pratapsingh passes away and Prince takes the responsibility of Niimbalkar Group he befriends his father's secretary Nandhini and both fall in love but Prince gets a shock that Nandhini is actually working for Sangram and she was the person responsible for killing Pratapsingh, Prince tries to escape from their clutches but gets killed on the way,Sangram now takes over the Nimbalkar Group and house and leaves Sumitra with nothing,Sumitra then asks Sakha to take her to Pandarpur,Sumitra had kept a secret from everyone that she had given birth to twin boys and one she had offered it two lord Vithoba now she wants her other son Mauli to take revenge on death of his father and brother.

Where to watch Well Done