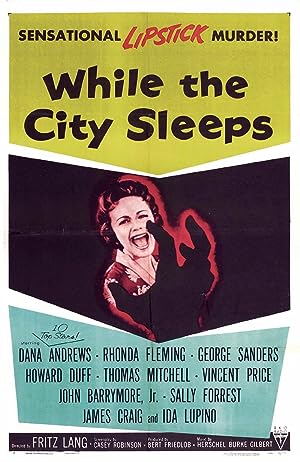 The cast of While the City Sleeps

What is While the City Sleeps about?

Death of media magnat Amos Kyne is causing power struggle between his executives. In the meantime New York women become prey of a serial killer. Reporter Edward Mobley is in that circumstances faced with almost impossible missions: to catch the killer, to prevent the media empire from falling into the wrong hands and to save his romantic relationship from break-up.

Where to watch While the City Sleeps

More Crime tv shows like While the City Sleeps