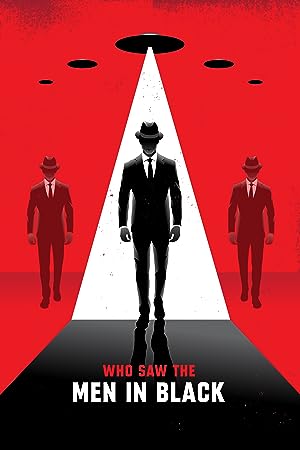 The cast of Who Saw the Men in Black

What is Who Saw the Men in Black about?

WHO SAW THE MEN IN BLACK? Many have reported their own Men in Black experiences and eye witness accounts since the beginning of the UFO cover-up history. Mysterious men who seem to always show up right after credible UFO events. What are their motives? Explore the true history of Men in Black events from the 1940s until now with Richard Dolan, and Mike Ricksecker, Richard Doty, John Burroughs, many experiencers and many other researchers. Credible witnesses to UFO events always report the same pattern of events afterward. These events similarly recall an encounter with strange men who prove to have interest in coercing witnesses to stay quiet about what they experienced. Do these men work for some shadowy department of the government? Or are they not of this world? Being watched, stalked, followed by foot or car, and harassments by any means necessary seem to be common attributes to men in black encounters. Throughout history their tactics have evolved though. We now understand famous UFO debunkers and skeptics may have been supported by the military to close the lid on the UFO topic. Fake news and infiltration of the UFO research community becomes their next target. It seems this also can be proven to be true through Richard Doty's involvement.

Where to watch Who Saw the Men in Black

Who Saw the Men in Black Trailer

More Documentary movies like Who Saw the Men in Black

More Documentary tv shows like Who Saw the Men in Black