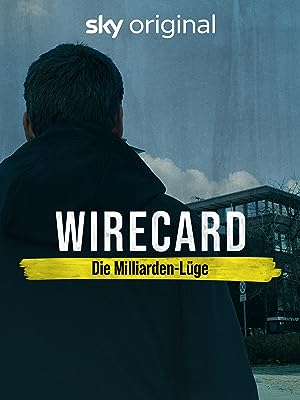 How to Watch Wirecard: The Billion Euro Lie 2021 Online in The UK

The cast of Wirecard: The Billion Euro Lie

What is Wirecard: The Billion Euro Lie about?

I have read a few small articles in newspapers about this giant scandal, but did not really pay much attention to it. Then the last couple of months the name Wirecard got dropped a few times in connection with potential corruption in the Austrian government or people that have connections to it. Last night I found this documentary on SKY, after I had seen a few ads for it on TV and went for it.Rarely has a docu kept me on the edge of the seat like this one.How over nearly two decades a few shady characters could "create money" out of nothing. From the early stages of doing payment processing for porn and gambling sites, to the centre of power and might.I dont want to spoil any content so all I can say is: hats off to the whistleblowers, they are real heros. You have to see this film to believe how twisted the whole thing was/is.Job very well done, more thrilling than plenty of crime films.

Where to watch Wirecard: The Billion Euro Lie