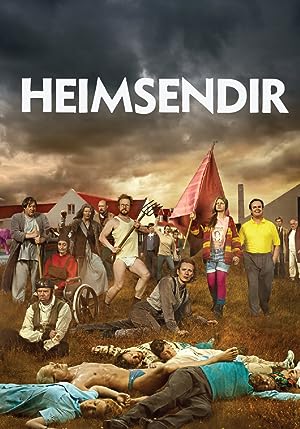 How to Watch World's End Online in The UK

The cast of World's End

What is World's End about?

From the same guys that brought us the Næturvaktin (The Night Shift), Dagvaktin (The Day Shift) and Fangavaktin (The Prison Shift) series, Heimsendir (World's End) is an epic 9 part mini-series about a remote mental asylum in Iceland in the year 1992. Einar, a charismatic history teacher is committed there and starts to question the system and the methods used to contain the inmates. During the bank holiday weekend he initiates an uprising that transforms into a proper revolution where the lunatics literally take over the asylum, draft up a new constitution and create a small independent democracy. But before long they find out the true price of freedom.

Where to watch World's End