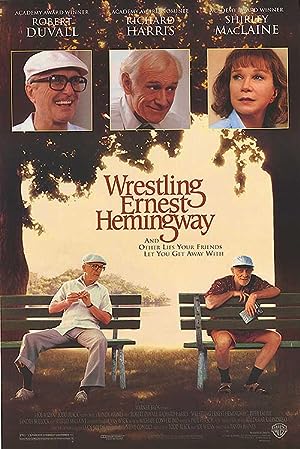 How to Watch Wrestling Ernest Hemingway 1993 Online in The UK

The cast of Wrestling Ernest Hemingway

What is Wrestling Ernest Hemingway about?

Frank, a retired Irish seaman, and Walter, a retired Cuban barber, are two lonely old men trapped in the emptiness of their own lives. When they meet in a park Frank is able to start a conversation after several attempts. They begin to spend time together and become friends. But because of their different characters they often quarrel with each other and finally seperate after Frank misbehaves to Walter's friend Elaine.

Where to watch Wrestling Ernest Hemingway